In its regional home, Liguria, and better still, in Liguria’s capital, Genoa, preferably as trofie al pesto, the regional pasta of choice, with a sauce that also contains green beans and red potatoes. Antica Osteria di Vico Palla (osteriadivicopalla.com), in the old port, and in business since the 17th century, is a great place to start sampling.

This “pick-me-up” dessert is another now ubiquitous Italian dish, with several cities and regions claiming its invention, the most persuasive case being made by Venice. What’s not to like about a dangerously sweet and calorie-laden confection of coffee, cocoa and creamy mascarpone?

Venice has as many versions of tiramisù as it has restaurants and pastry shops. Visit I Tre Mercanti (itremercanti.it) for one of the best (they make it on the hour, every hour).

In central northern Italy, on the plains of the Po river, pasta often takes second place to rice, usually in the shape of risotto, and in the case of Milan, as risotto alla Milanese, whose beauty lies in its golden colour and delicate, saffron-infused flavour.

The Trattoria Milanese (Via Santa Maria 11; 02 8645 1991) has been serving locals with local food in the old historic centre of Milan since 1933. Its risottos are as good as any and should be paired with another of the city’s specialities, ossobuco alla Milanese. 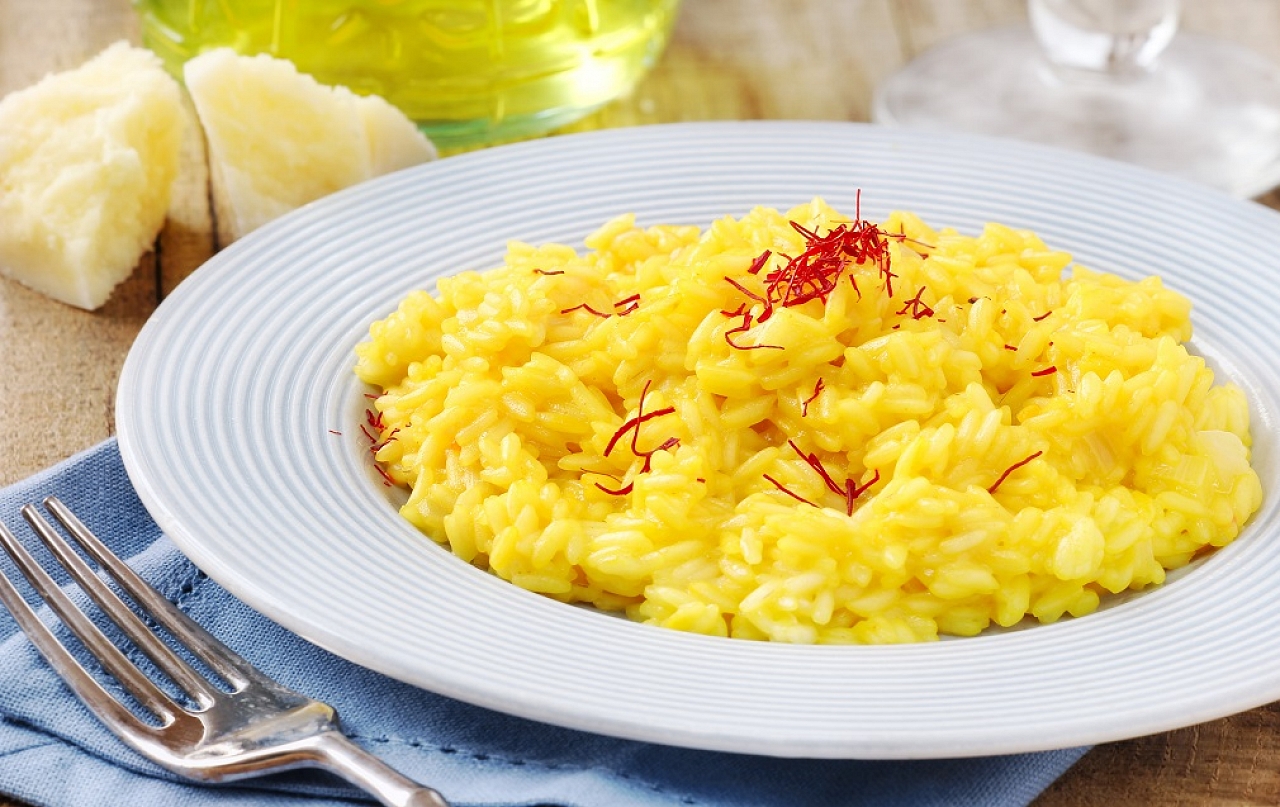 lovely mountain-ringed Norcia was one of several towns in eastern Umbria damaged by earthquakes last year, but it’s back on its feet, with its status as one of central Italy’s great gastronomic centres still firmly in place. The black truffle, or tartufo nero, is its star turn – most of the truffles sold across Europe come from the region around the town – adding a delicate and unique flavour to risottos, omelettes, pastas and other dishes.

There are truffle dishes galore at the refined one-Michelin-star Vespasia (vespasia.com), part of the five-star Palazzo Seneca hotel, or at the earthier Granaro del Monte (bianconi.com) just across the road.

Do we really need to spell out the joys of pizza?

In Naples, of course, its birthplace, either in Da Michele (damichele.net), in business since 1870 (it serves just margherita and marinara pizzas) or Brandi (brandi.it), a little touristy to be sure, but the birthplace, in 1889, of the margherita itself, created for Italy’s first queen and designed with ingredients that echoed the colours of the Italian flag – red (tomato), green (basil laves) and white (mozzarella).

Sicily has a wealth of specialities you’d happily eat for a lifetime: arancini (small rice balls), granita (crushed, flavoured ice), cassata (ricotta, pistachios, candied fruit), pasta alla Norma (a sauce of aubergines, ricotta and more), pasta con e sarde (pasta with sardines), but let’s plump for caponata, a rich, sweet and sour creation of aubergines, tomatoes and other seasonal ingredients found in different variations across much of the island.

Every family and restaurant in Sicily has a version of caponata, but if you are in Palermo, try the simple, traditional trattoria, Dal Maestro del Brodo (Via Pannieri 7; 0039 091 329523).

One of Rome’s many distinctive pasta sauces is cacio e pepe (spaghetti, tonnarelli or similar served with a sauce of black pepper and salty pecorino romano), whose simplicity dates from the days when poverty was the Romans’ culinary mother of invention.

Cacio e pepe is suddenly everywhere on menus, but in Rome it’s been around for ever, and is still a staple of old family-run restaurants – sadly a dying breed – such as Le Cave di Sant’Ignazio-Da Sabatino (dasabatino.it), which has outside tables on a pretty little piazza a few minutes from the Pantheon. If you want try the offal, then head for Checchino dal 1887 (checchino-dal-1887.com) 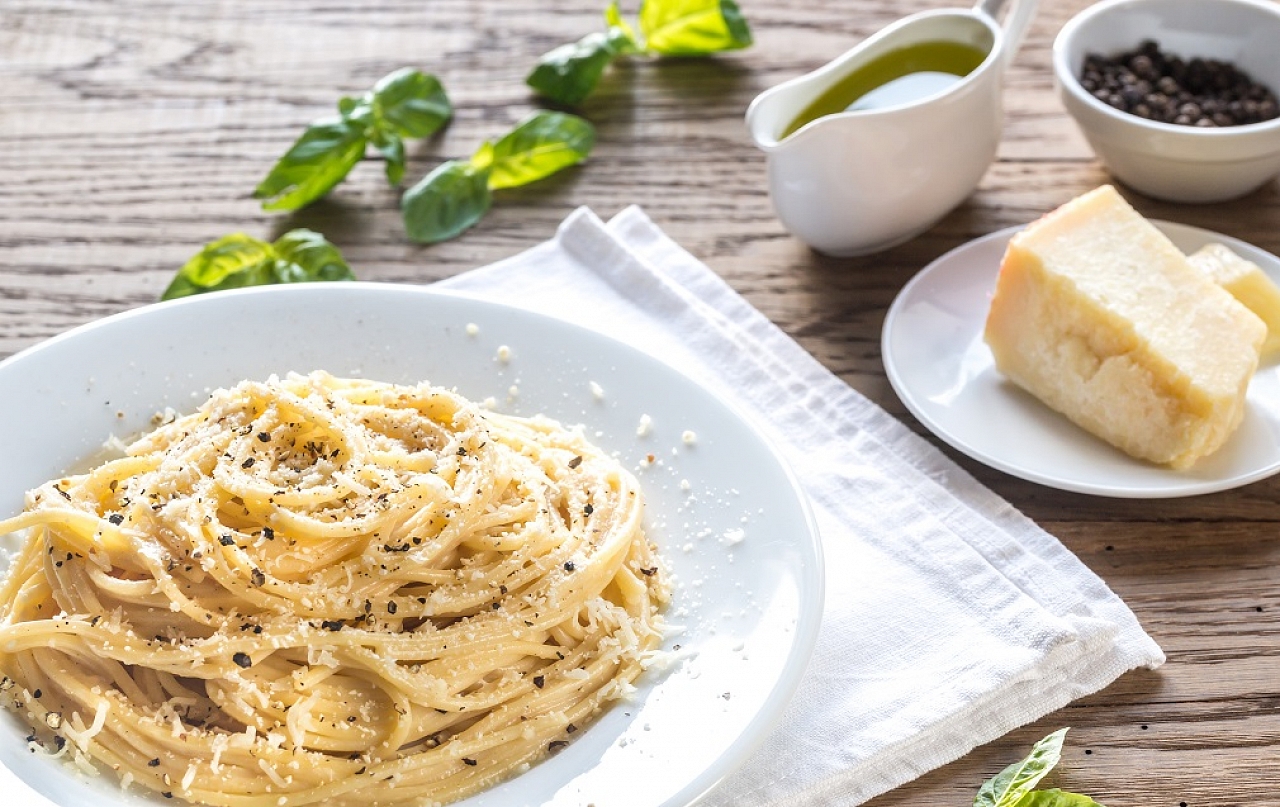 Lasagna is a wide, flat pasta noodle, usually baked in layers in the oven. Like most Italian dishes, its origins are hotly contested, but we can at least say that’s its stronghold is in the region of Emilia-Romagna, where it transformed from a poor man’s food to a rich meal filled with the ragù, or meat sauce

Though you can find lasagna throughout all of Italy, there’s nothing like trying the hearty dish in Emilia Romagna with homemade noodles, fresh ragù, and a generous dollop of regional pride. It is said that I Carracci is the best restaurant where you can have a typical Italian lasagna, though quite expensive it's totally worth it!

Gelato is made with a base of milk, cream, and sugar, and flavored with fruit and nut purees and other flavourings. It is generally lower in fat, but higher in sugar, than other styles of ice cream. Gelato typically contains less air and more flavoring than other kinds of frozen desserts, giving it a density and richness that distinguishes it from other ice creams. In Italy, by law, gelato must have at least 3.5% butterfat.

Fatamorgana is well known for their creative flavors such as apple, almond and cinnamon, or the famous “Kentucky” (tobacco, cinnamon, and dark chocolate). The flavors, more than 60, change seasonally, and use all-fresh, high-quality ingredients. The most central location is in Prati, so reward yourself with a cup after you visit the Vatican.

I Caruso is one of those rare true artisanal gelaterias; they make their gelato on site (you can even watch them do it!) from all fresh ingredients. Don’t miss their fondente, a super-creamy dark chocolate, or the fruit gelatos, which burst with flavor.