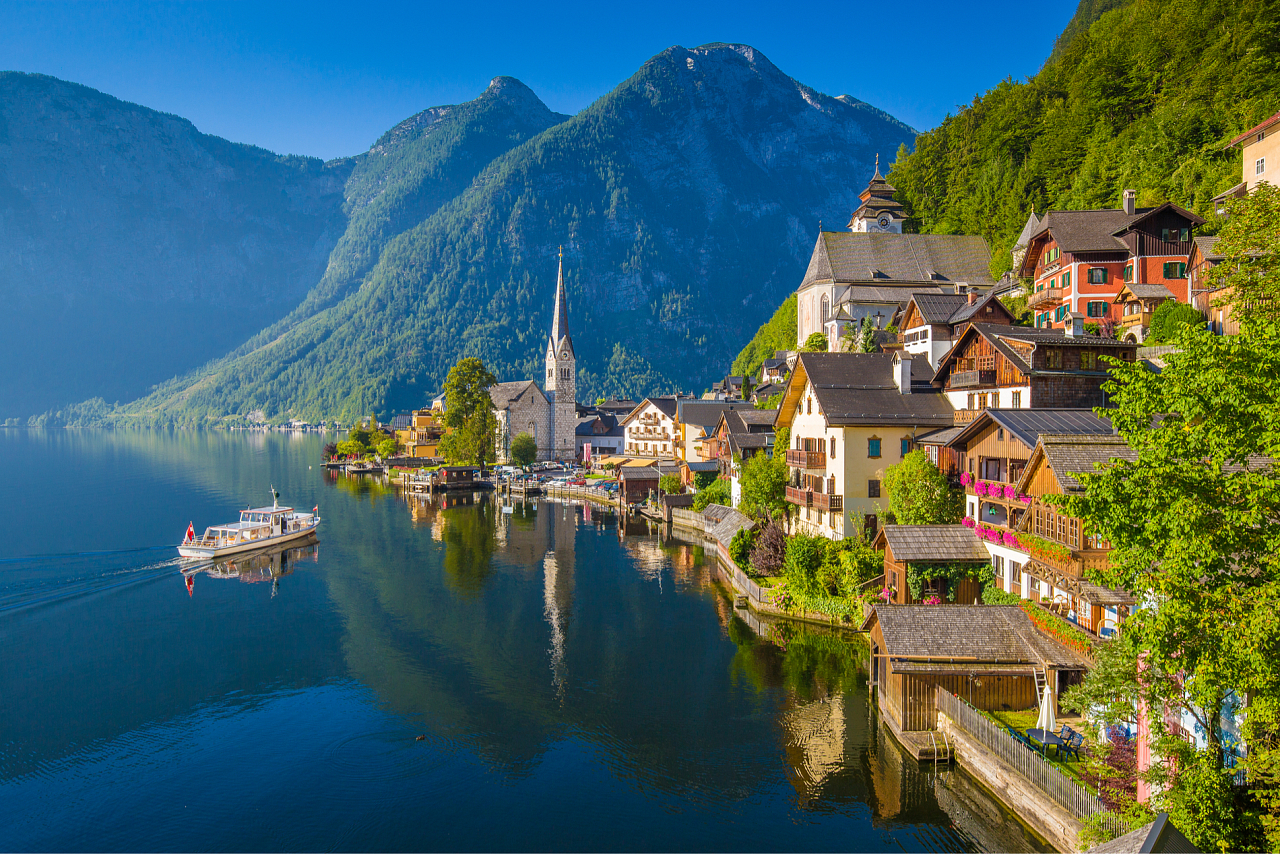 Today's Austria is what was once the German speaking core and centre of power for the large multi-ethnic Austro-Hungarian Empire with its imperial capital in Vienna. Austrians are moderate in their outlook and behaviour. Being at Europe's crossroads, their culture is influenced from several sides. Contrary to popular perceptions, Austria is not all about mountains. This diverse mix of landscapes is packed into a relatively small area of size. Glaciers, meadows, alpine valleys, wooded foothills, gently rolling farmland, vineyards, river gorges, plains and even semi-arid steppes can be found in Austria.

Vienna, one of Europe's gourmet capitals for both food and wine, is home to many delicious local treats. With a local culinary scene that often rivals those of Paris or London all while seeming quaint and traditional, the city is a wonderful place to try some of the country's most distinctive dishes, sweets, and drinks.

Breakfast is of the "continental" type, usually consisting of bread rolls with either jam or cold meats and cheese, accompanied by coffee, tea or juice. The midday meal was traditionally the main meal of the day, but in modern times as Austrians work longer hours further from home this is no longer the case. The main meal is now often taken in the evening. A mid-morning or mid-afternoon snack of a slice of bread topped with cheese or ham is referred to as a Jause, and a more substantial version akin to a British "ploughman's lunch" is called a Brettljause after the wooden board on which it is traditionally served.

10 amazing foods (and beverages) to try in Austria