Provence-Alpes-Côte d'Azur is one of the most popular holiday regions in the south of France. The region covers a large area from the Mediterranean Sea up to the French Alps. Its identity as a geographical region is a hold over from the days of the Roman Empire. Its western border is the Rhône River and its eastern border is Italy. The Provence includes the French Riviera and is famous for its sunny weather, colourful countryside, tradition, wine, food, and language (Provençal). Its main attractions include the city of Avignon and the wide variety of villages which can be easily explored by car or bicycle on the networkcountry roads and highways. Van Gogh spent a respectable amount of time in Arles painting the countryside.The largest city of the region is Marseille.

These vegetables are traditionally added to bakes and soups or appetizing stews such as ratatouille, or eaten raw in salads (such as the mouthwatering salad Niçoise) and as crudités.

Fruit is traditionally eaten as a snack and dessert. Cherries, grapes, melons, berries, figs, dates, lemons, oranges, pears and apples are some of the most popular varieties.

Wheat is the most commonly eaten grain food in Provence and is used to make a wide variety of breads including crusty baguettes and whole grain loaves. A popular Provençal sandwich is the pan bagnat which is bread filled with tuna, tomatoes, olives, peppers and steeped in an olive oil dressing. Wheat flour is also used to make the base of the Provençal pizza known as pissaladiere.

Beans are enjoyed in a wide variety of dishes including stews, bakes and soups—such as soupe au pistou, a bean and vegetable soup infused with basil. Green beans are enjoyed in hot dishes or are cooked and cooled and added to salads. The most commonly enjoyed lentil is the Puy lentil, which is a small, slightly peppery lentil that retains its shape when cooked. 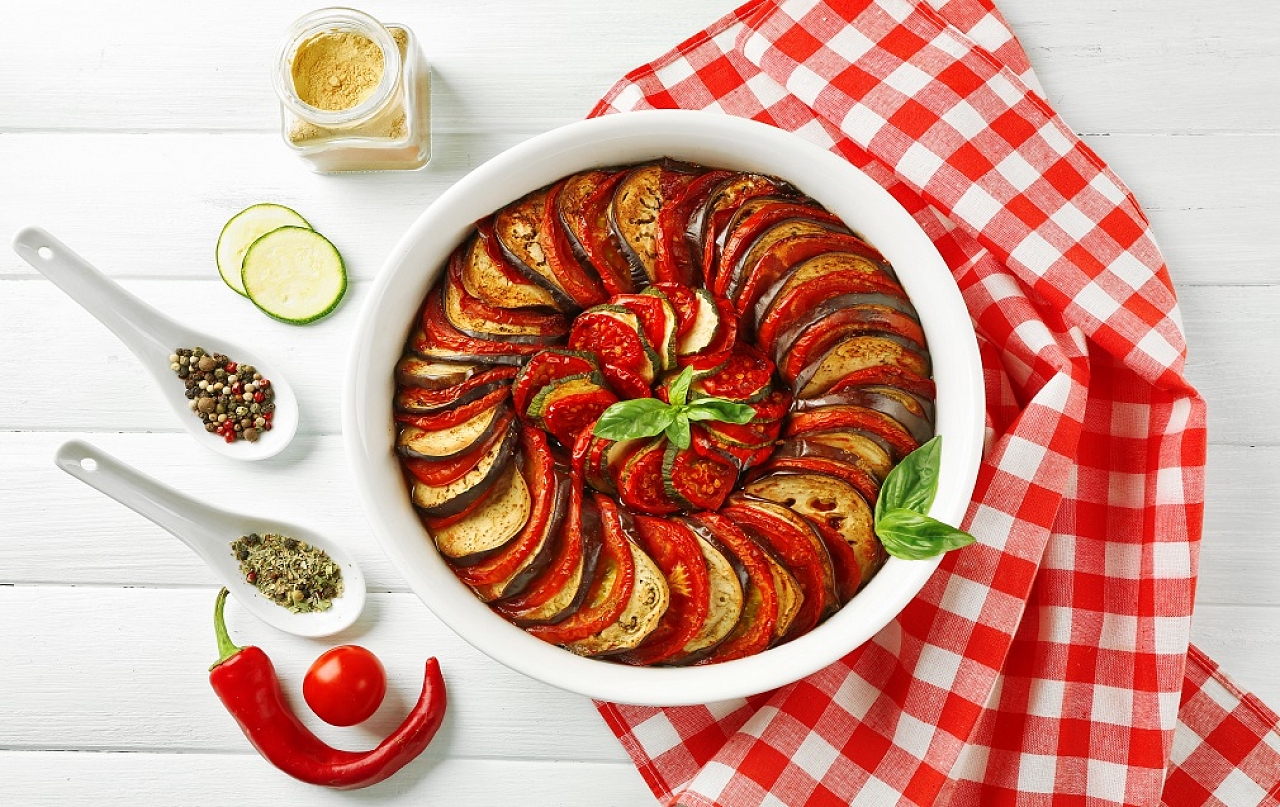 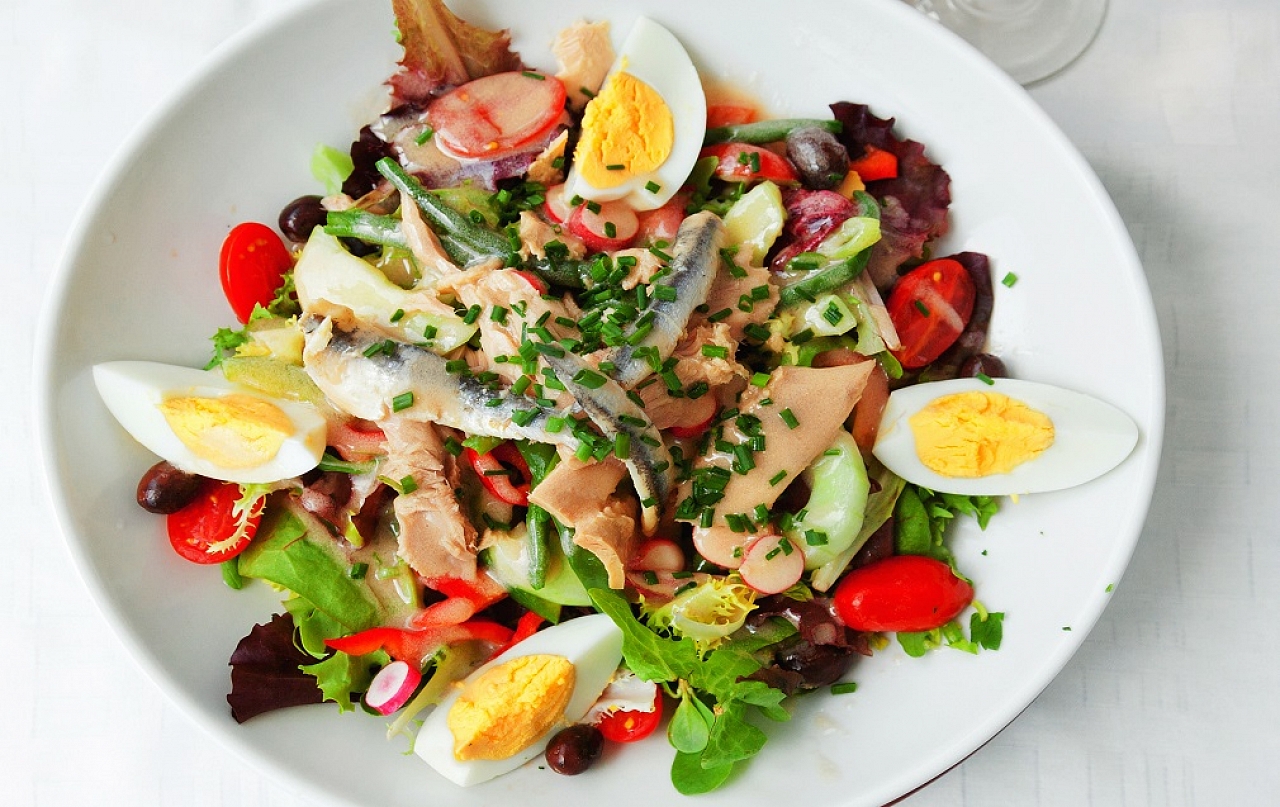 Provence, like other regions of the Mediterranean, has a sun-blessed climate that makes it ideal for olive growing. And like their Italian neighbors to the east, the people of Provence rely heavily on olives—for food and as an oil.

Olive oil is used for sautéing foods, and is added to sauces, dressings, dips and marinades. Whole olives are scattered into hot dishes and salads, or are eaten as a snack. Olives are also an essential ingredient in tapenade, a luscious Provençal paste made with olives, olive oil, anchovies, capers and garlic which is typically spread on bread or served with grilled fish or chicken.

Popular fish and shellfish dishes include bouillabaisse (a robust stew made with tomatoes, saffron and several varieties of fish and shellfish, which is typically eaten with toasted bread slices and a flavorsome garlic-chili mayonnaise called rouille), salad Niçoise (a vegetable, tuna and anchovy salad) and fruits de mer (a plate of fresh seafood accompanied with lemon wedges for drizzling). 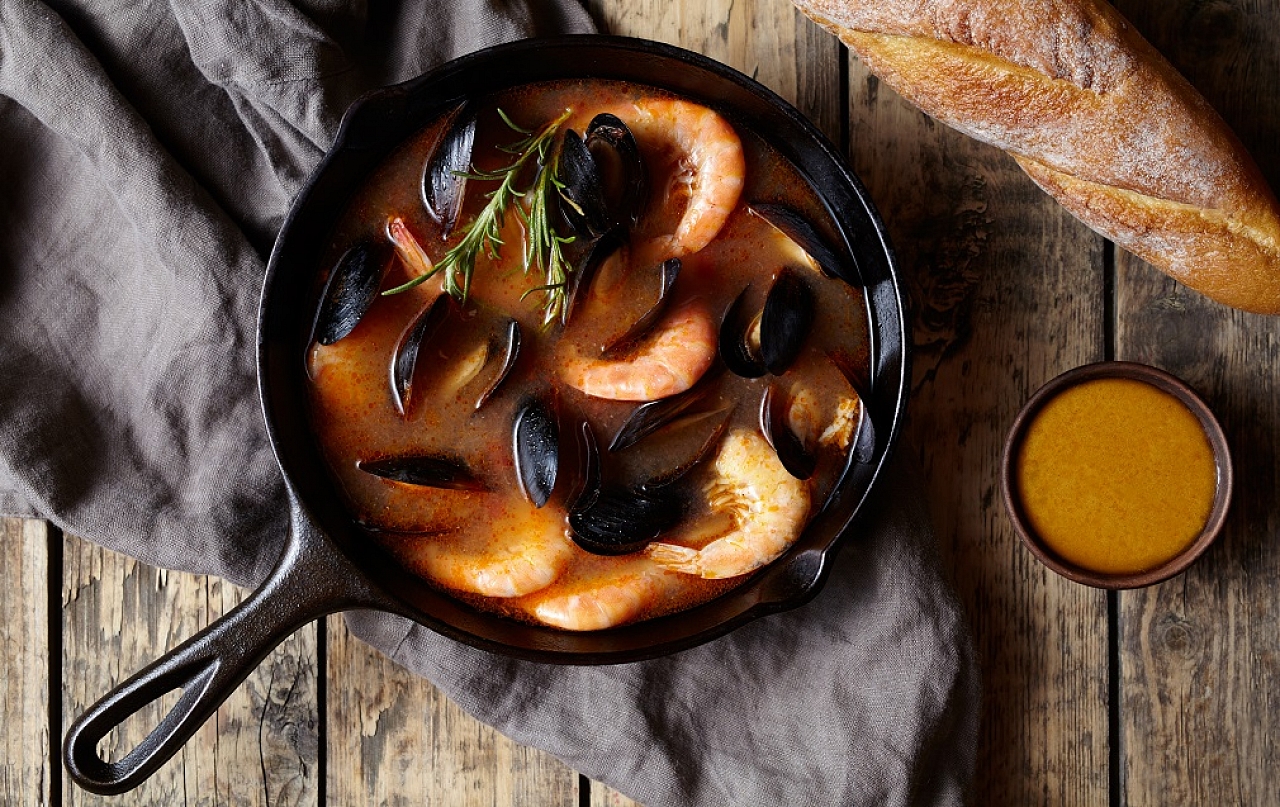 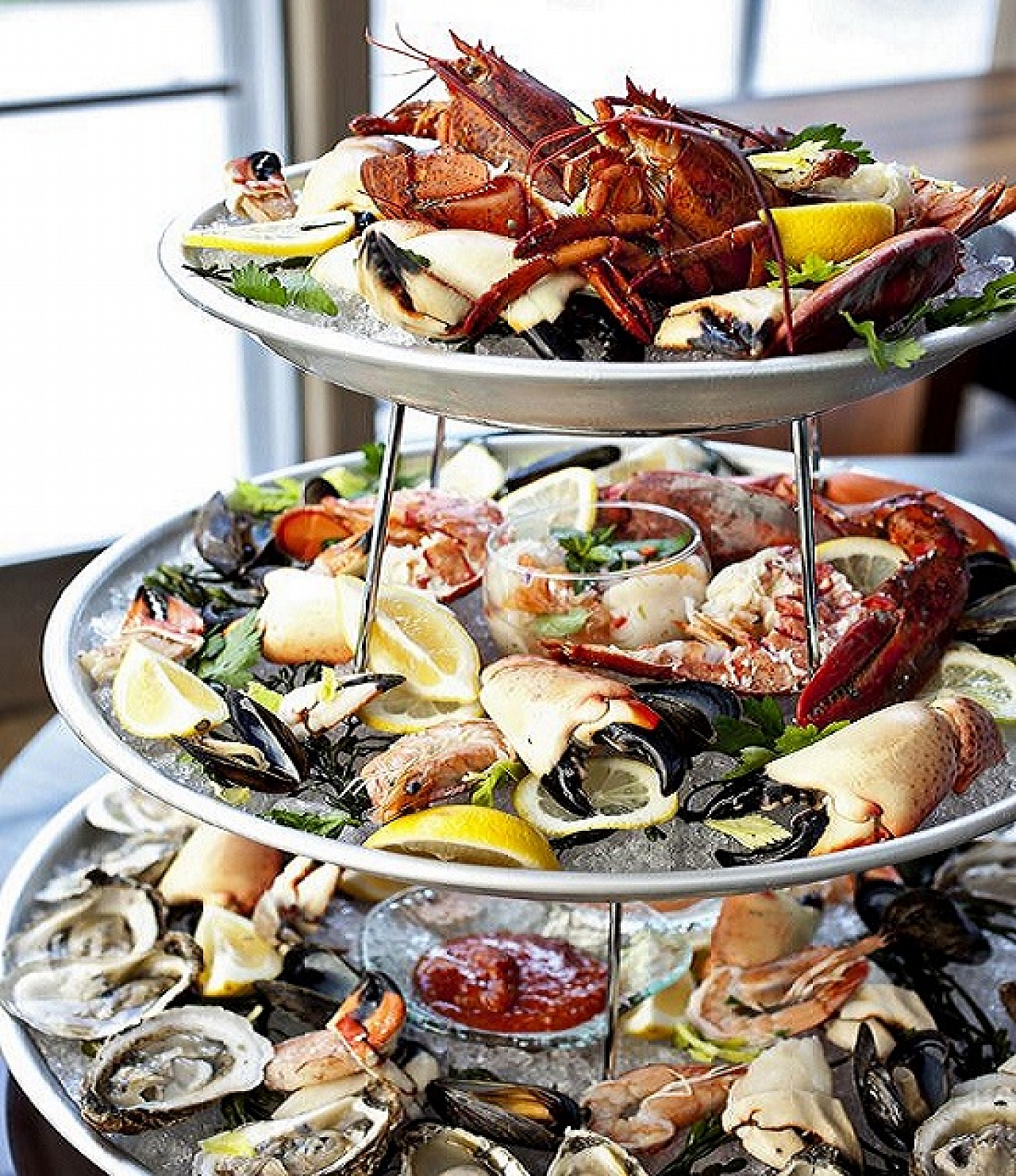